When I was a Kiddiewink, my mum made the tooth fairy a really special affair. Initially I just had a special cushion with a special pocket and poem embroidered. Then a few of my school friends got a special note from their tooth fairy, I remember feeling sad my fairy didn’t love me enough to write me a note! Magically, a little gold card appeared through the post, with red swirly writing on it. My fairy introduced herself as the Poppy fairy, it was so exciting!

With Kiddiewink 1 waiting until she was 6 and bit before she lost one, I wanted to recreate the magic for her. Being a disorganised mummy, I had failed to get everything in in advance (numpty given I had so long!) So we cobbled a special box together- her love heart tin… Tiptoeing in once she was asleep, I scattered silver stars on her bed and windowsill, and in the tin with a £2 coin! Luckily I found these at the last minute! Needless to say she was chuffed to bits, so chuffed she spent lots of time over the next few weeks making rooms and chill out zones for the tooth fairy out of Lego!

When tooth two was lost, she wrote the tooth fairy a letter asking her name 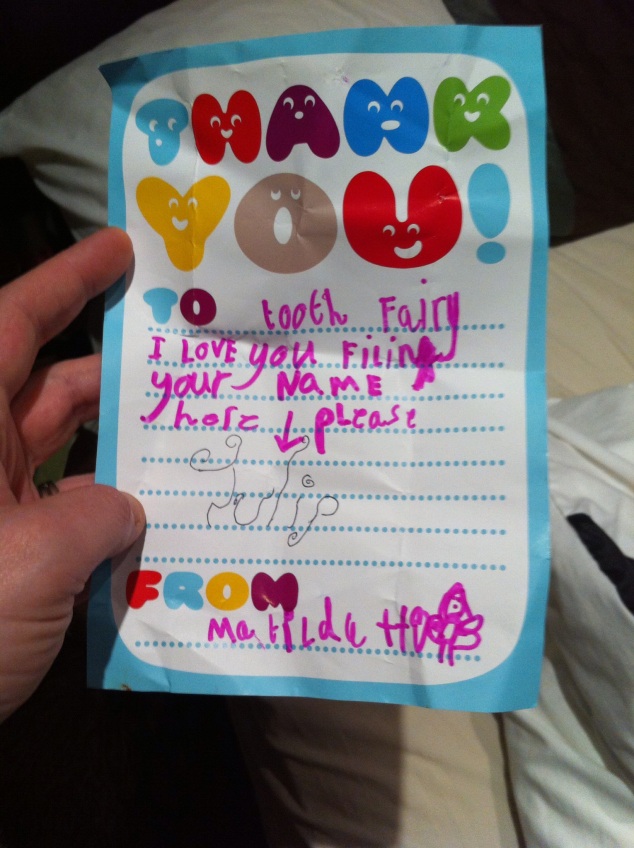 Cue some swirly writing of my own and the big decision, the tooth fairies name… This time I scattered stars on her Lego and put her letter back in her tin with a shiny £1.
This time she woke coughing at 2am and checked her tin, I was awoken by coughing then exciting squealing; followed by lots of excited wake up calls to her brother! Fortunately I got there before he was disturbed and made the required fuss!
The letter made a trip to school the next day with a chuffed little lady! 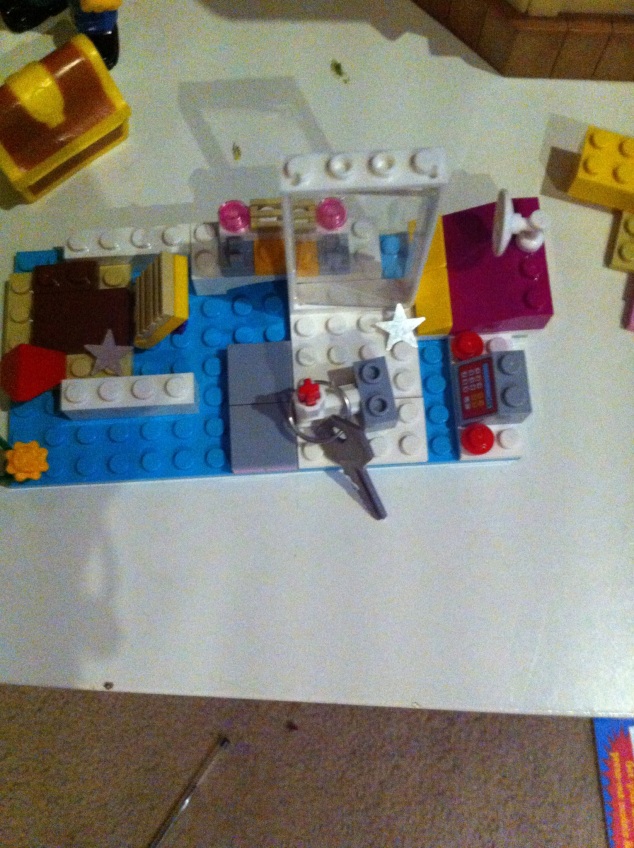